To have the optimal experience while using this site, you will need to update your browser. You may want to try one of the following alternatives:

Getting Water Restoration From SERVPRO in Durham Assures the Best Outcome 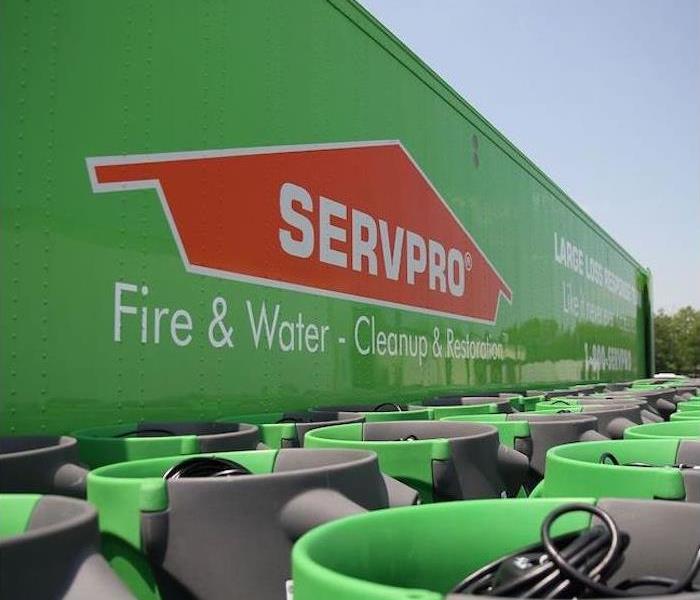 Regardless of the way that your home was affected by water, SERVPRO is the effective company for water removal services. Call right away.

According to the last census, Durham has a population of nearly 250,000, but it started as a tiny railroad depot in 1849 on a portion of land donated by Bartlett S. Durham, named the town Durham Station. Once established, the area increased due to the tobacco industry in the region, with the American Tobacco Company setting up its headquarters in Durham. Other industries followed, such as textile mills and electric power generating businesses which further expanded the population by providing steady jobs. At present, Durham's population growth is centered around three primary industries:

There are several educational institutions in Durham. The two best known are Duke and North Carolina University. The Duke University Hospital is a national leader in the healthcare and medical research industry. The University Health System continues to be the largest employer in the city. North Carolina Central University is historically a black institution that boasts distinguished alumni, including André Leon Talley, editor at Vogue, politician Maynard Jackson, and R&B singer Sunshine Anderson.

The two prominent universities are an essential part of the Research Triangle. The area south of Durham, known as Triangle Park, consists of 11 square miles of various research facilities. Duke University is home to the Nasher Museum of Art. Other cultural sites within the city include the Museum of Life and Science, Carolina Theater, the Durham Performing Arts Center, and the Duke Homestead. History buffs enjoy a visit to Bennett Place, which is the location where Joseph E. Johnston surrendered to William T. Sherman in the American Civil War.

Although not settled until many decades later, the explorer John Lawson wrote about the beauty of undeveloped Durham when he traveled through the area in 1701. At the time, it was inhabited by various tribes of the Eastern Siouan nation. Early settlers had attempted to set up gristmill and work the land, but because most of the soil is clay, making it tough to grow food crops to sustain the community. However, tobacco and cotton were able to grow through the ground, and large plantations such as Hardscrabble, Lipscomb, and Leigh sprang up during the antebellum period.

The tobacco industry continued to boom and encouraged the continued growth of Durham. In 1914, the city's infrastructure's failure was brought to light after a massive fire destroyed a large part of the downtown area in the business district. The water source used by the fire department failed and saw the creation shortly afterward of a city-owned water supply to avoid tragedies like this in the future.

Can Water Restoration Save Wet Carpets in Durham Homes?

The challenge wet carpet brings to Durham water restoration jobs is one of the many water damage situations that the SERVPRO techs train for.

Carpet presents unique challenges as the construction materials vary and the cleanup methods depend on:

As long as the water saturating the carpet is from a clean source that does not contain sewage or contaminants, saving it is a possibility. SERVPRO techs have specialized testing methods and applications to determine the makeup of the carpet materials. This is important, so secondary damages such as bleeding dyes or shrinkage of the carpet do not occur.

SERVPRO of North Durham at (919) 467-0880 brings their years of experience and professional equipment to every Durham water restoration job.